On the 19th of February 2019 residents in the local area of Limekilns reported that a strong smell of oil and pollution had been observed on the shoreline. An unknown quantity of oil had impacted the beach at Limekilns affecting an estimated 1km of shoreline designated as a Site of Special Scientific Interest. Fife Council, who are responsible for the shoreline, activated their emergency plan and on the morning of 20th February 2019, after assessing the situation, called in their tier 2 responder Briggs Marine Environmental Services to take over the response efforts.

The Briggs Marine Environmental Team quickly deployed both Sentinel and shore Guardian booms in the Firth of Forth to contain the oil at the Limekilns site to prevent further spread of the oil. Following the Shoreline Clean-up Assessment Technique (SCAT) process, our team competed the Shoreline assessment to identify how much of the shore had been impacted and what response techniques could be applied. Before the Briggs Marine Environmental Team arrived on site a large amount of contaminated waste had already been collected. Temporary storage areas had to be established to hold the estimated 500 tonnes of contaminated material whilst transfer to landfill site could be arranged.

When the oil came ashore it impacted the beach and penetrated the substrate. Taking this into consideration, the Briggs Incident Commander decided to minimise further contaminated sand removal by using a technique of low pressure, high volume seawater flushing to aid in the clean-up efforts. The shoreline flushing ran for 12-14 hours a day for several weeks until no visual hydrocarbons could be detected along the beach areas. All hydrocarbons that had entered the substrate were recovered and environmentally disposed of in accordance with legislation, along with contaminated material recovered from the shoreline.

On the 12th of August 2019 residents in the local area of North Queensferry reported sightings of black oil impacted on the beach, with approximately 1.5km of shoreline affected. The amount of oil and source was unknown. Fife council activated their emergency plan and mobilised Briggs Marine Environmental Services to respond.

The Briggs Marine Environmental Team immediately responded to the impacted area sending personnel and equipment from response bases in Burntisland and Aberdeen to assess the situation and plan a response strategy. Upon arrival the advanced team carried-out shoreline assessments in line with the UK SCAT process, covering the entire impacted area while oil spill response equipment was mobilised to site.

Once equipment arrived, containment booms were deployed into the Firth of Forth to prevent further spread of the oil along the coastline and the response team started recovery and disposal of the contaminated material. The shoreline consisted of large rocks and shingle where the oil had penetrated. The Briggs Incident Commander decided on using high volume, low pressure seawater flushing systems to clean off the rocks and raise oil to the surface so it could be recovered by skimmers and sorbent material.

Thanks to the fast and effective efforts of the Briggs Marine Environmental Team, there was a minimal impact on birds and wildlife in the area. Although samples had been taken and analysed by the Scottish Environment Protection Agency (SEPA), mystery still surrounds what caused the contamination and who the polluter is, although a legacy wreck from WW2 has become a suspect. 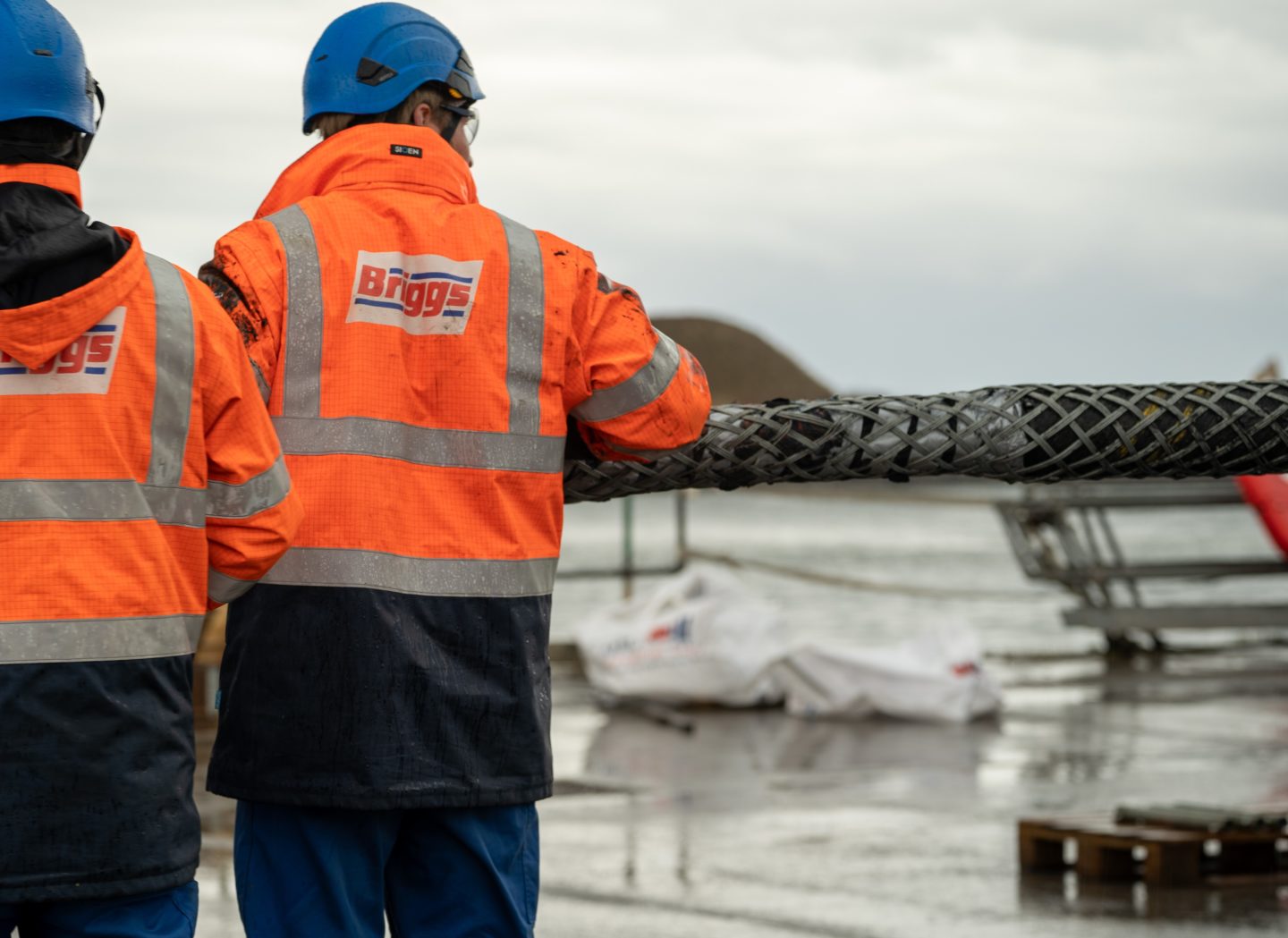 Chat to us about your requirements